How the Pandemic Made Me Stronger

This is an Advertorial 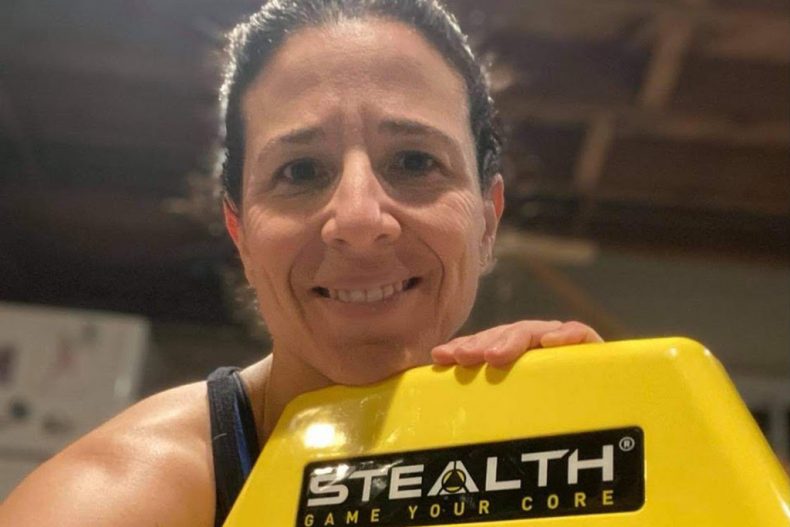 I am someone who has struggled with my weight and body image for as long as I can remember. When the pandemic hit, and gyms closed, and I began working remotely from home, I was very scared that I would fall back into old habits and succumb to bad emotional eating habits. People started joking about gaining the “covid-19” (pounds). I thought to myself, “oh – hell no – I can’t let that happen!” I pushed myself to stay vigilant and I looked for ways to stay active and make healthy food choices.

I had no idea what a gem I had stumbled upon

But, as I returned to work in the fall and the weather started getting colder, I began to worry about the winter months.  And that is when I started seeing ads for this unusual product called the “Stealth Core Trainer” on Facebook. As someone who was never good at video games, I was concerned that it might be too gimmicky for me, that I would use it briefly and then set it aside. I looked up reviews and found overwhelmingly positive reviews and thousands of them. I said – what have I got to lose? And at the end of October, I placed my order. At that point, I had no idea what a gem I had stumbled upon. I did not know anything about “Stealth Nation” – the fabulous humans who also had the great fortune of having found their way to the land of Stealth.

Getting lost in the game made me forget I was exercising

When my Stealth arrived on November 2nd, I was so excited about trying it out. I did my first plank, felt my core immediately engage, and knew that I was at least going to target the muscles I wanted to target. I tried the first game, Galaxy Adventure, and it was really fun. I could see myself getting lost in the game – forgetting I was exercising. I loved it immediately. I totally understood the point — by focusing on the game, I was less bored and more engaged with the exercise, making me train even harder.

The support I received from the “Stealth Nation” community was overwhelming

And then, I stumbled upon the amazing group of people who make up the online community – Stealth Nation. There are people of all ages, body-types, and levels of fitness, with a wide range of goals, but there was something that was uniting them all… and it was a sense of community. The overwhelming feeling when you are scrolling through posts on Stealth Nation – is that of positivity, support, and inspiration. People from all over the country and the world, at all different moments in their lives, come together to lift one another up and hold one another accountable in a wonderfully supportive way. I thought, this could not be real.

Though I am a pretty social and active person, I was wary of making my first post. Sharing my story, putting myself in the vulnerable position of possibly being judged, and judged about things (weight, body-image) that have always been triggers for me, was daunting. But I continued to scroll and was just blown away by the unapologetically upbeat and good-natured vibe. I immediately knew posting on this site would be safe. And so, I made my first post, and was welcomed by many with arms wide open. It was so unreal that so many strangers would want good things for me – someone they had no prior knowledge of. I thought – it couldn’t always be like this – but I have to tell you, it IS, it’s ALWAYS like this. Positive. Supportive. Uplifting. I will admit, I just paused typing for a minute to refresh my Facebook page, and I had a new comment on my most recent post – the comment simply says, “You are fabulous!” — I mean, who doesn’t want to hear that?!  And this happens all day long in Stealth Nation.

We are so often our own worst critics with negative thoughts about ourselves running through our mind – Stealth cuts through that. There is so much positivity, it cannot help but spread to you. I have started my days posting on Stealth Nation for the last 52 days straight. I don’t think I have ever done anything that wasn’t absolutely required of me – for that many days without fail. And this has been totally by choice. Starting my days with Stealth means I am starting my days feeling uplifted and supported.  And have I mentioned, some of these folks are so funny. You should see the GIFs and Memes being thrown around. Such good-natured fun.

But do you know what is so special? You really start forming connections with people. You find out their struggles and their successes. You wish them well when they have a challenging day ahead and send prayers for the recovery of an ill family member. You realize that everyone has strong Stealth days and others when they are just getting it done. Without fail, there is always someone to offer encouragement.

If you are like Stephanie and have yet to find a way to make fitness a healthy habit, try Stealth risk free for 60 days. Here’s a link where you can save $50 off at Trystealth.com